My balcony antenna setup for VHF, UHF and SAT bands. I receive LEO-satellites on 145 MHz and on 437 MHz and undecoded traffic on Military Air band on  240-380 MHz. On L-band I receive Air Traffic ACARS-messages and ships STD-C messages and EGC/LES data traffic from Inmarsat(Alphasat) satellite. Every now and the I also listen radio amateurs working on QO-100 satellite on 10 GHz. Satellite dish diameter is 90 cm and I use it also for satellite television channels reception, that’s why there are 4 LNB’s in front of the dish.

On the software side, I use mostly SDR# and SDR Console programs to control the SDR USB-dongle radios. For decoding ships EGC/LES data I use std-C decoder from Tekmanoid. I found Orbitron software best for tracking satellites.

Check out my Radioroom -page for some of my other antennas and software in use. 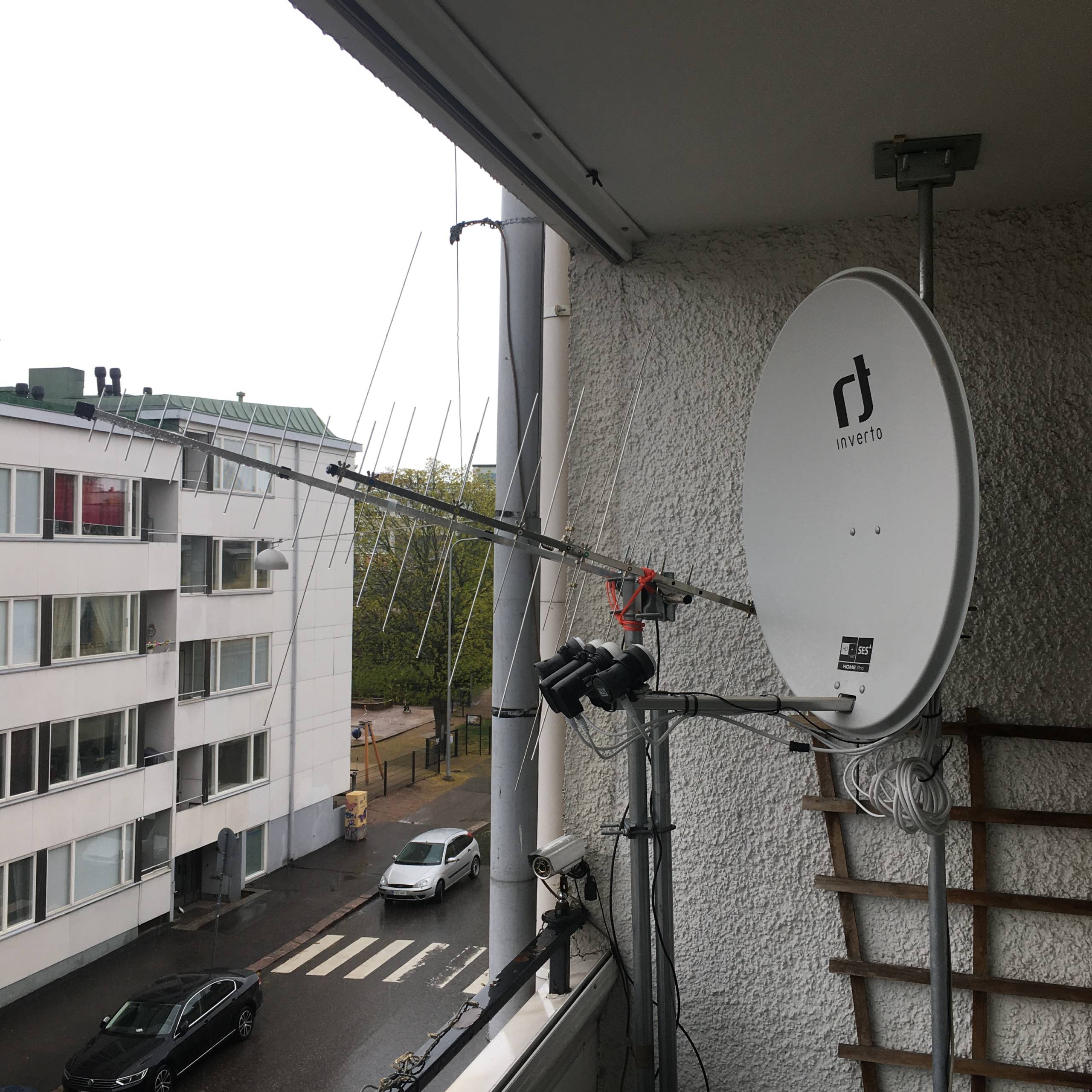 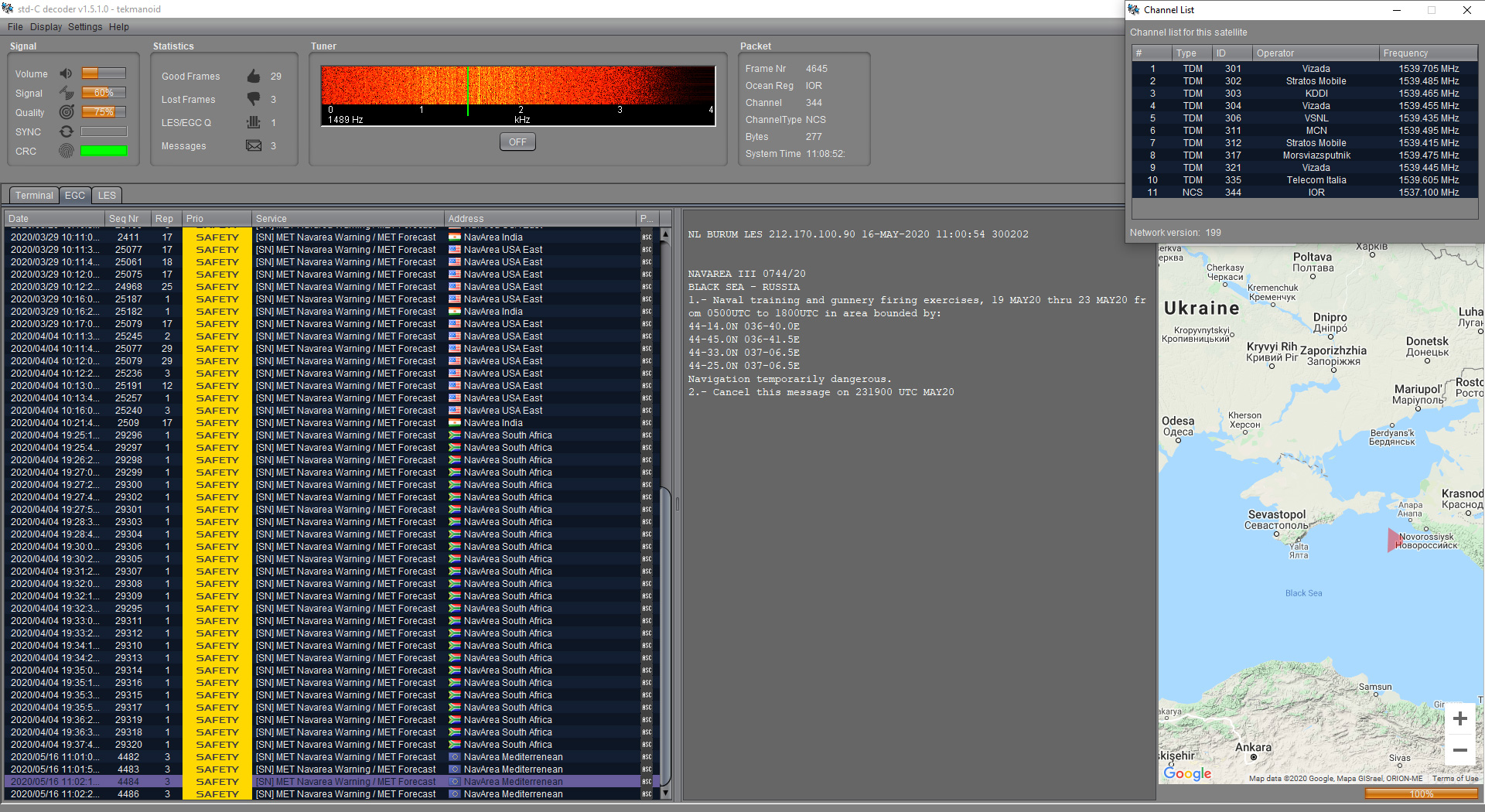 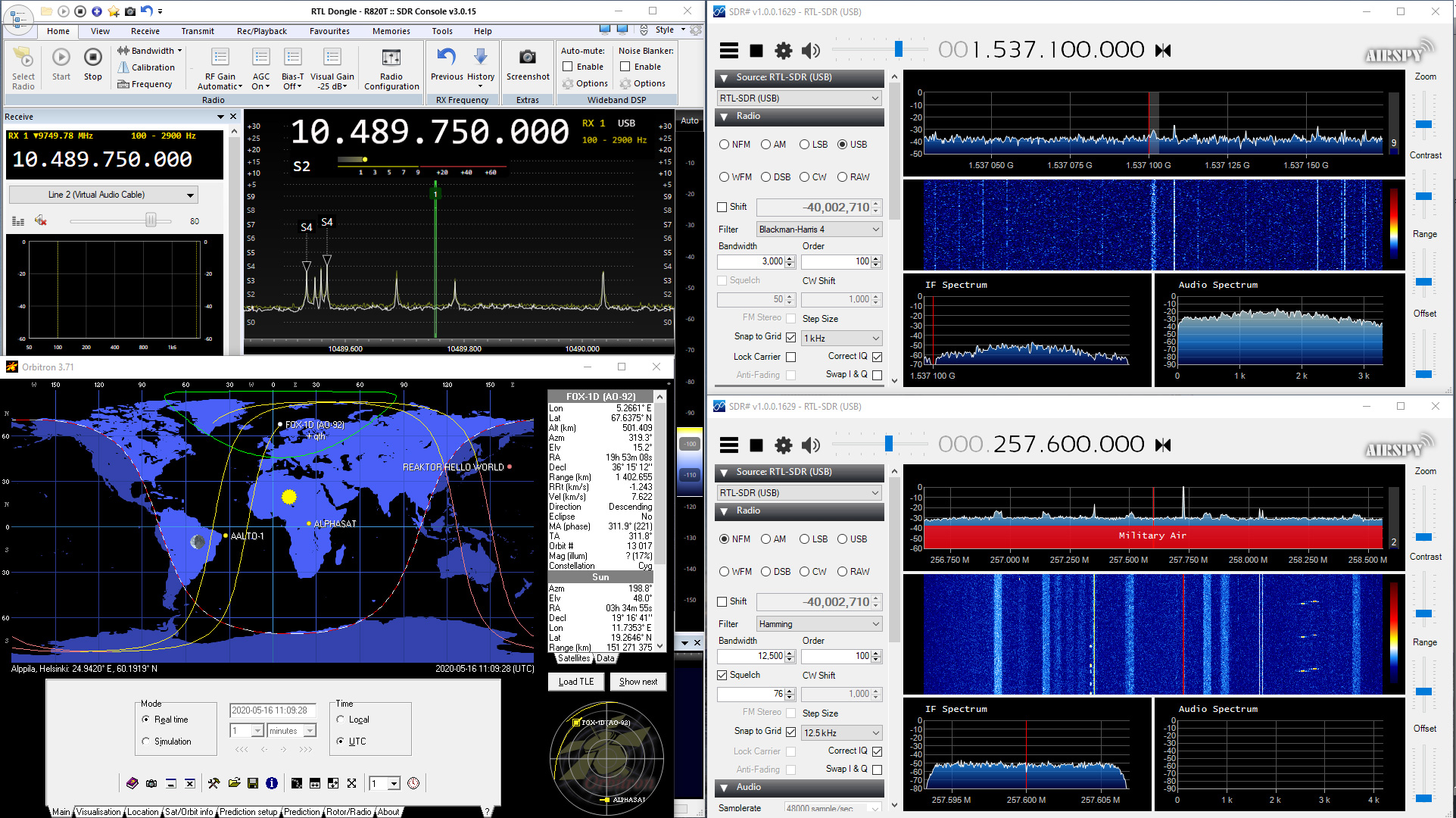 I am passionate about technology, web, future, space and receiving radio signals. Every now and then I also take my telescope out and watch the moon and the stars. I enjoy taking a walk in the forest and riding with my Specialized 29'er bike is a great way to relax and take time off from computer stuff.